“I wrote ‘Big Yellow Taxi’ on my first trip to Hawaii. I took a taxi to the hotel and when I woke up the next morning, I threw back the curtains and saw these beautiful green mountains in the distance. Then, I looked down and there was a parking lot as far as the eye could see, and it broke my heart… this blight on paradise. That’s when I sat down and wrote the song.”

Next week I’m using this activity as an introduction to a unit on environmental issues. The task is based on a song by Joni Mitchell, “Big Yellow Taxi” (1970), and it asks the students to find two words in each sentence which should change places with each other in order to make sense. The students then explain their answers and listen to the song to check if they are right.

I’m including two versions for different levels here, from easier to more difficult: 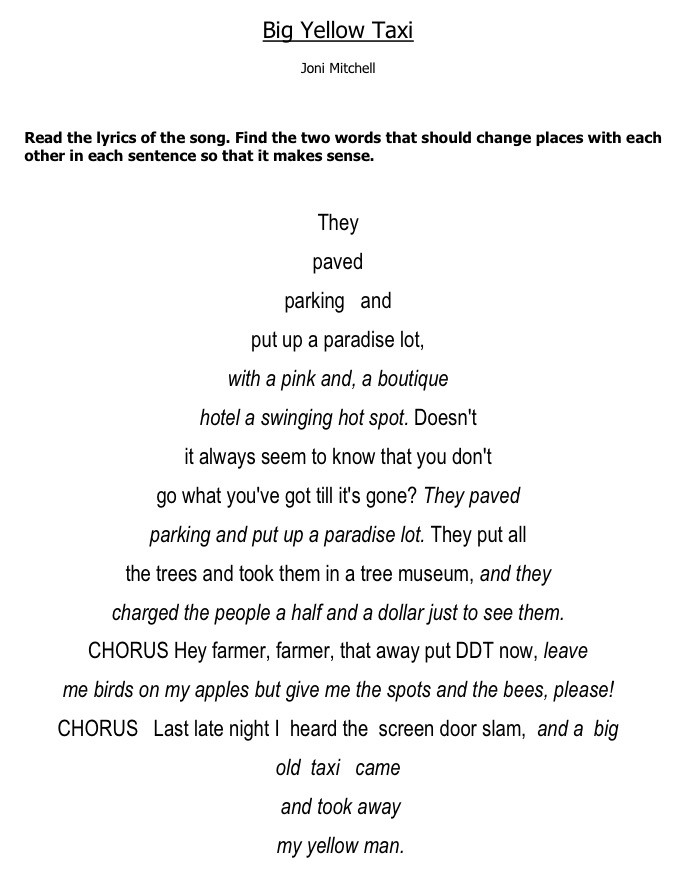 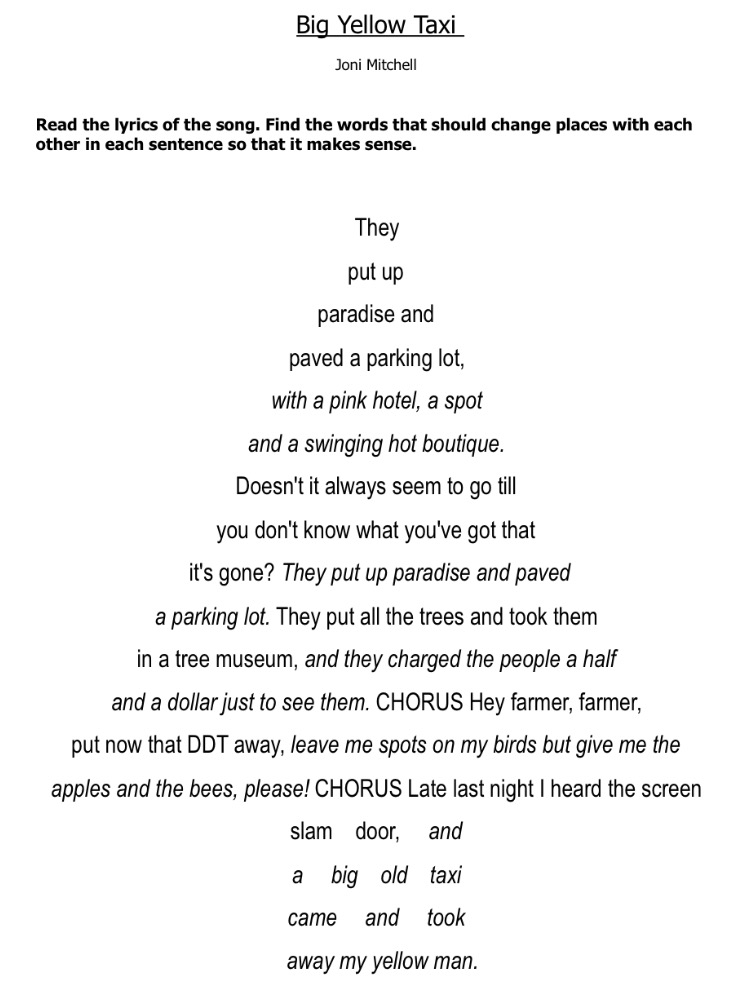 (Extra support can be provided if needed by having the students circle a few of the target words at the beginning.)

Apart from Joni Mitchell’s original song, there are several cover versions out there with different styles, so I’m also including a few I like to choose from based on what I know about a particular group of students.  Notice, however, that the Counting Crows’ cover version changes “slam” for “sway” and “man” for “girl” at the end, and that in Amy Grant’s version the people are charged “twenty-five bucks” instead of “a dollar and a half! Just another great opportunity to provide an extra purpose for listening!

I’m planning to have the students write a one-sentence personal response to the song and the topic in general, read a few and discuss them, and then use them again at the end of the unit in a plenary discussion. The students will be asked to make any changes they want and to write a few more lines with the new information and personal thoughts which will hopefully demonstrate their critical thinking skills and help them to take a stance on the issue.

We need this more than ever, don’t we?

One thought on “Talking about the environment: “Big Yellow Taxi””