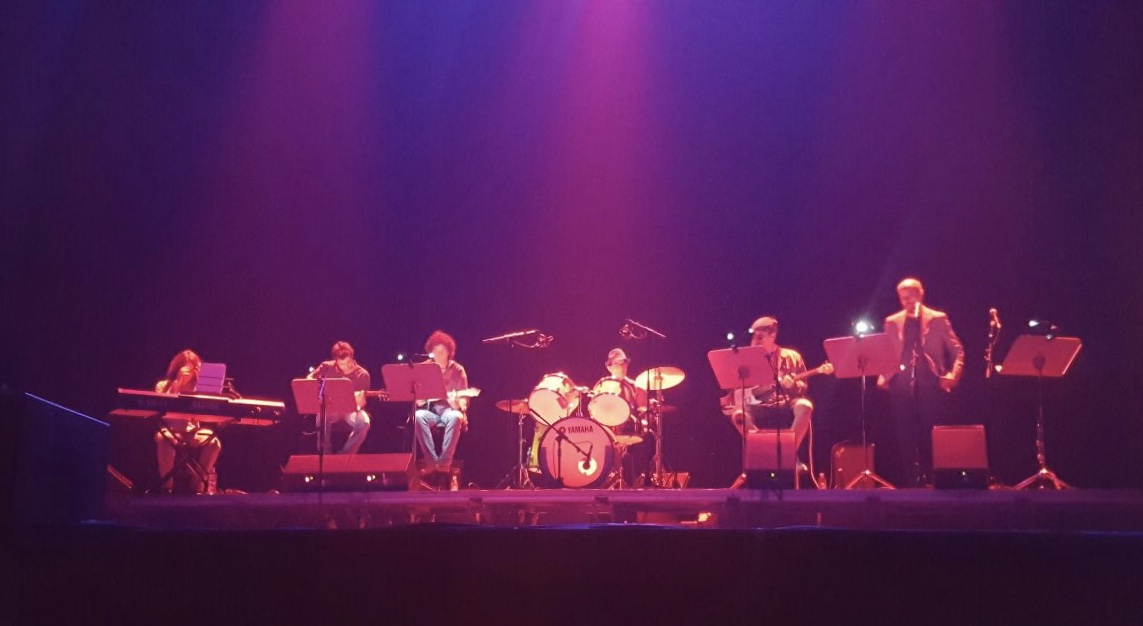 The last few weeks have been busy at school. It’s the fourth year we organise a musical in which students across the years, from 12- to 18-year-olds, participate by acting, singing, holding a cardboard tree on stage or playing an instrument. Admittedly, this may not be directly linked to language learning as is usually the case here, but let me make an exception this time and share this school-wide project with immediate practical implications for our daily life at our state secondary school, but also for learning in general.

It was some sort of need to do some school community building that got us started, in an attempt to get the students involved in school affairs beyond the project itself with a non-academic activity that would focus more on social skills. My department is very much into music, and a musical seemed like the perfect format that the students across ages could find somewhat attractive, a musical about our school that would involve students, parents and teachers. Using the excuse of a ghost that was trapped in our school even before it was built, the first musical dealt with the history of the school itself, with references to subjects, teachers, caretakers, canteen and cleaning staff, headteachers, secretaries — you name it! Of course, there had to be a love conflict, which was solved in the second musical on the following year. The third one was a version of “Dracula”, and this year Alice travelled to a wonder school in which our current educational system was revisited in a critical yet constructive manner.

A project like this would find it difficult to succeed without the efforts of exceptional teachers like my colleague Eduardo, also a teacher of English, who has volunteered his time from the very start to write the scripts, hold rehearsals with the performers and the band twice a week, and coordinate with dancers, the school choir, or the staff at the local auditorium where the musical is performed first on a Wednesday night for the families and the general public, and then on a Thursday morning for the students. Even to get this teacher to sing in front of an audience! It’s easy to see how the over 100 people on stage each year have benefited from his leadership skills, enthusiasm and hard work, but no matter how simple or complex the project may seem, the impact on our school community has been far-reaching. I don’t even know how much we are aware of this.

Not only does school community building link students, parents and teachers and promote inclusiveness and responsibility, but it also has major implications for learning and development, ultimately affecting academic motivation. Indeed, in this project students from different age groups, backgrounds, and learning and social abilities get to gather and share experiences on a weekly basis from the beginning of the school year as they make meaning together and unleash their feelings. A collective drive that has proved to be highly infectious for the past four years and which has marked and influenced our school in many different ways; sometimes in ways that are difficult to measure — or even to write about.

After watching some of the characters interact with Alice, the Chesire Caretaker who works at the wonder school finally yells to the audience: “Lunatics! They are all lunatics!”