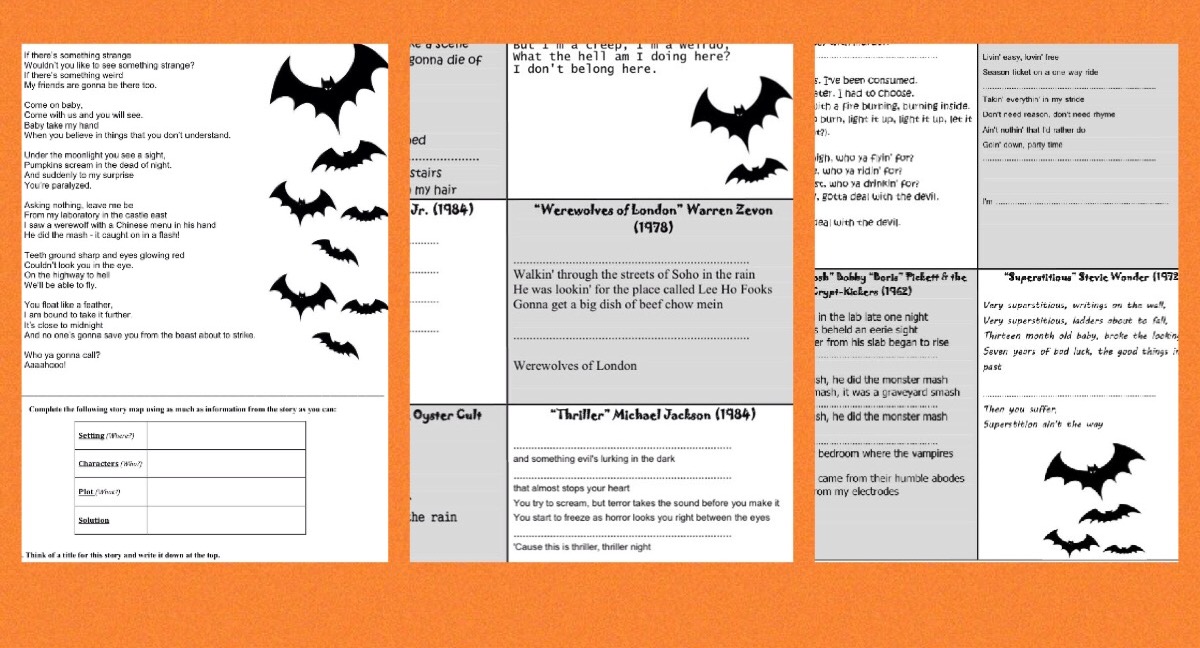 In this activity, the students first read a narrative ‘poem’ and complete a story map with as much information from the story as they can. After discussing the parts of the story that remain unclear or open to interpretation, the students think of a title for the story, write it down at the top, and share it with the rest of the group. 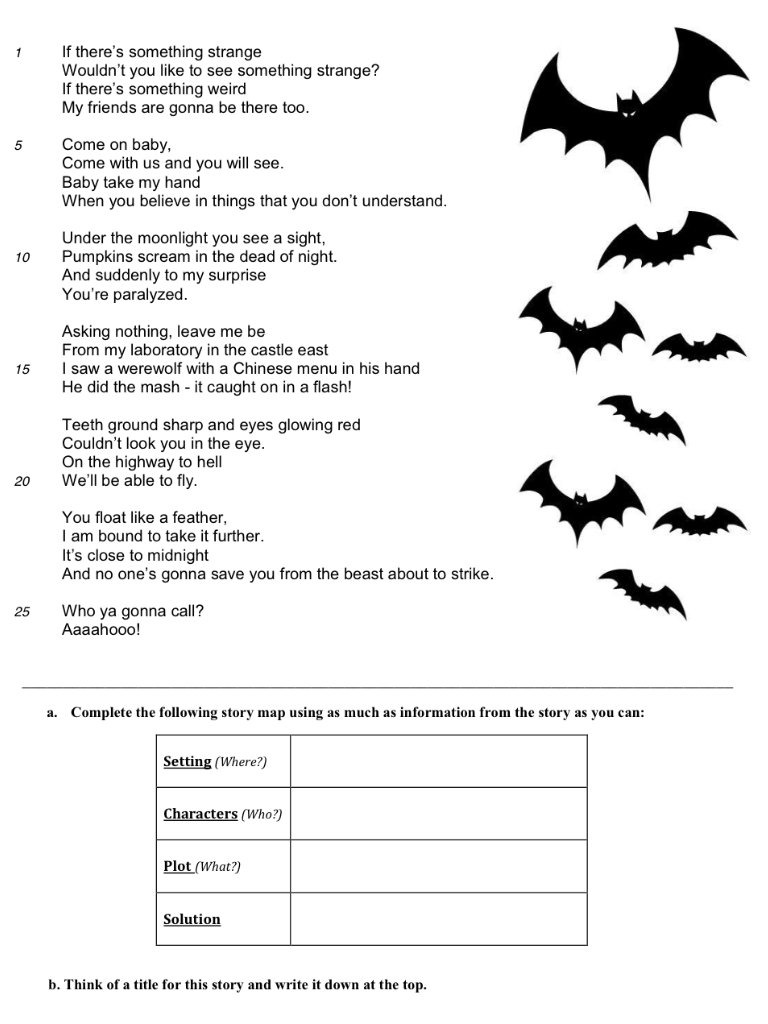 Once the students are familiar with the ‘poem’, explain to them that each verse has been taken from ten songs considered to be the top ten Halloween songs in this publication by Billboard in 2014. Their task now is to find which song each of the verses in the poem belongs to. Depending on the level of the students, this can be done by having them read the lyrics, fill in the missing lines independently or in small groups, and then check by listening to the songs, but you can also provide extra help by playing a few lines or providing extra oral prompts as needed. In all cases, although the students will be mainly using context clues to decide which line best fits each gap, they should also be asked to focus on rhyme schemes as a valuable aid in completing the task. Model the procedure and the type of thinking behind with one or two songs before having the students start working by themselves. 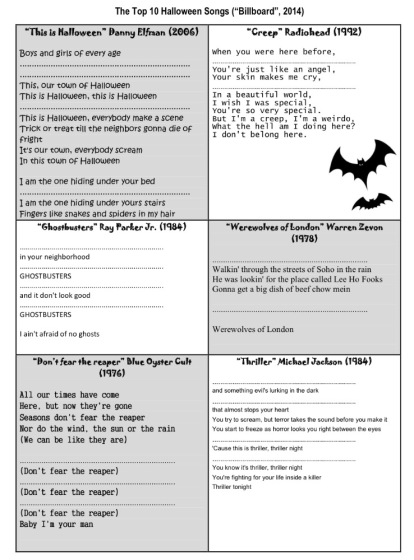 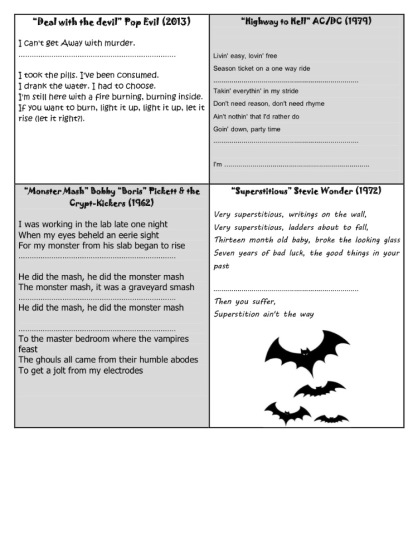 The songs in the worksheet can be cut out and played at random so that the students can decide on their own top ten ranking list at the end, compare it with the official list, and discuss any differences. Alternatively, after playing a few of the songs for checking or correction purposes you can have the students start guessing which song will be the next one and create further interest. No matter how you approach it, this process of reconstruction will surely get the students working on a variety of complex language skills in an engaging and meaningful way!